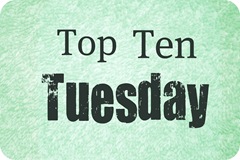 Top Ten Tuesday is a weakly meme hosted by The Broke and the Bookish.  They love lists as much as I do, so it’s only fair to tip my hat. 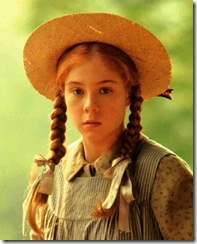 Anne Shirley from the Anne of Green Gables series by L.M. Montgomery: She has an imagination that would trump most novelists.  She’s incredibly driven, positive, a fierce friend, and loving companion.  Her red hair is the bane of her existence, and she love love loves poufy sleeves.

Laura Ingalls from the Little House series by Laura Ingalls Wilder: Okay, it’s been way too long since I read this series to say in detail why, but so many good memories involved with this one.  Who could deny that any girl growing up on the prairie in the nineteenth century is one tough cookie?  I plan to reread this one soon!

Jo March from Little Women by Louisa May Alcott:  She won’t settle for what everyone else thinks is best for her, she follows her heart, she loves to read and write.  She’s a wonderful friend, daughter, and sister, even though she’s incredibly stubborn and willing to fight.

Matilda from Matilda by Roald Dahl:  Matilda remains one of the kindest most optimistic people despite never really being loved as a kid.  She finds her way to the library, and reads everything.  Not afraid to stand up for others. 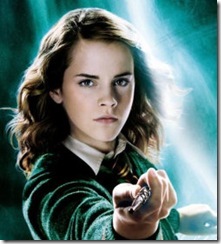 Herald Talia from the Heralds of Valdemar series by Mercedes Lackey:  Well, pretty much anyone who becomes a herald is automatically on the ‘really good person’ list, but Talia is incredibly strong for her stature, unfailingly brave, and willing to lose her life for queen and country.

Herald Elspeth from the Mage Winds series by Mercedes Lackey:  Oh Elspeth.  I hated her at first, she was such a brat as a kid, but as an adult?  It’s possible I love her more than Talia.  She wants to do her thing, isn’t hungry for power, and is up for going through some weird and scary stuff to help not only her country, but others she deems worthy.

Lyra Silvertongue from His Dark Materials series by Phillip Pullman:  She’s scrappy, good at spying and climbing, a steadfast friend, and she will walk through hell (and quite a few other places) for the chance to save the world and those she cares about. 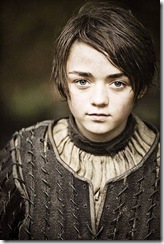 Hermione Granger from the Harry Potter series by J.K. Rowling:  She’s a little goody-goody smarty pants who somehow always gets wrapped up in trouble.  She’s not all girly and frail, she stands up for what’s right, and she’s good at what she does because she works hard.

Arya Stark from the A Song of Ice and Fire series by George R.R. Martin: Again, scrappy.  Love this girl.  She holds the right grudges, but is good about finding the opportune moment for things.  She’s smart, resourceful, and completely unconcerned with her nobility while incredibly concerned with her family.

Now see the last spot is hard to fill, there’s so many characters I love, so I’ll just list a few more that could have gone in this spot.  Some I’ve read too recently to put on an ‘all time’ list, but I could certainly see them going there: Lucy Pevensie from Narnia, Eugenides from The Queen’s Thief, Violet Adams from All Men of Genius, Jessica Darling, Sophie Mercer from Hex Hall, Ismae from Grave Mercy, Cameron Post, Puck Connelly from The Scorpio Races, Scarlet, Sophie from Howl’s Moving Castle, Kate Daniels, etc.

Apparently, I’m all about the strong women!  Though Eugenides did sneak in there at the end…

Who are your favorite characters?